#008 Laughing our Glass off with Sarah J. Halstead 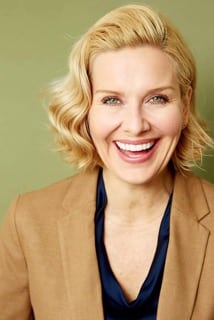 Sarah J. Halstead joins Debi in this episode to discuss some of her many passions. Namely, wine and stand up comedy. From performing her way through groundings in her youth in Flint, Michigan to making her way into the wine business, Sarah has always had an indelible spirit about her. After losing her mother in her 20’s Sarah felt a restlessness and followed a man in a  nice suit who seemed to enjoy his job into a whole new career.

After years of success (and lots of Marriott points) in the Wine industry, Sarah sold off her entire life in Miami, bought an RV and headed to California to pursue her creative passions as an actor and comedian.

“Sarah J. Halstead is from Flint, Michigan. She began her acting career in 1995 in New York City and was involved in several theatre productions as well as day time drama for ABC television. Shortly after her Mother’s death from ovarian cancer in 1999, Sarah took a hiatus from acting and began a career in the wine and champagne industry. In 2015, Sarah decided to return to the entertainment field and relocate to Los Angeles. Since then, she has branched out in over 32 commercials, several films, and guest star roles for television. She is also a stand up comic and performs regularly at Los Angeles’ World Famous Comedy Store, Ice House, and Flappers Comedy Club and others.

Sarah is very passionate and active with raising ovarian cancer awareness; as well as the Flint, Michigan water crisis.

In her free time, Sarah enjoys playing the piano and hanging out in libraries and book stores as a book nerd.”