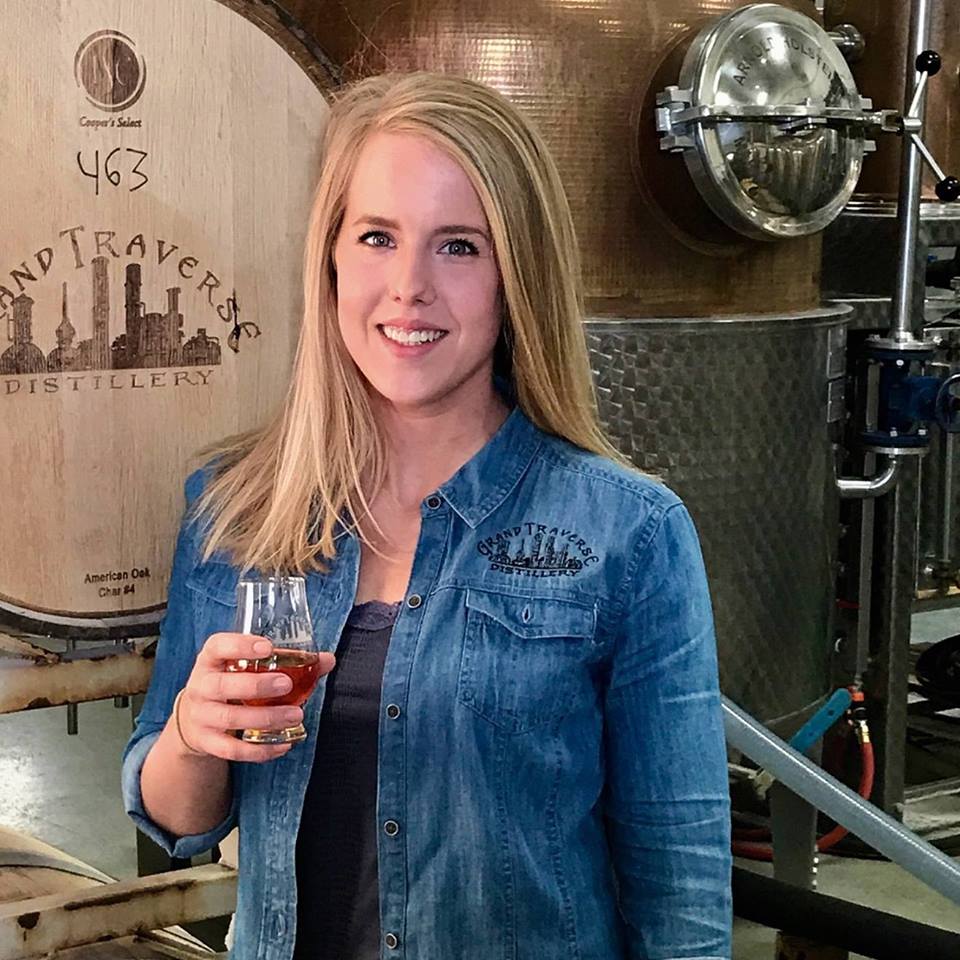 Lacie Thornton is our fourth badass female distiller in three episodes, and she knows a thing or two about both sharks and booze!! Lacie is one of two distillers at Grand Traverse Distillery, where she is responsible for the production of vodka, gin, rum, bourbon, and rye whiskey at Michigan’s first Craft Certified Grain-to-Bottle distillery. They’re a small company, but they produce more booze than any other distiller in the state of Michigan!

“I’m a scientist, through and through. Even as an almost-30-year-old, I have that child-like curiosity. I want to break everything down to its simplest form and know how it works.” –Lacie Thornton Click To Tweet

In a former life, Lacie was a scientist working with the U.S. Fish and Wildlife Service. Although she’s no longer dealing with marine wildlife, she’s still a scientist through and through. Because, if you think about it, a distillery is really just a giant lab (where you CAN taste your experiments)!!

Lacie Thornton was raised in Northern Michigan, where home was off a dirt road surrounded by state forestland. It was there that her curiosity was nurtured between a creek and the woods, in the elk capital of the state.

Following a B.A. in biology from Albion College, she moved to Florida to intern with Mote Marine Laboratory then later earn a biology M.S. in coastal zone management from Nova Southeastern University. She then worked in the field for the U.S. Fish and Wildlife Service in Maryland before changing focus and returning to Northern Michigan to be a distiller.

Since 2016, Lacie has been distilling at Grand Traverse Distillery of Traverse City, Michigan producing some of the nation’s most acclaimed spirits, ranging across vodka, whiskey, gin & rum.
Production & Development for Just Forking Around by Podcast Masters