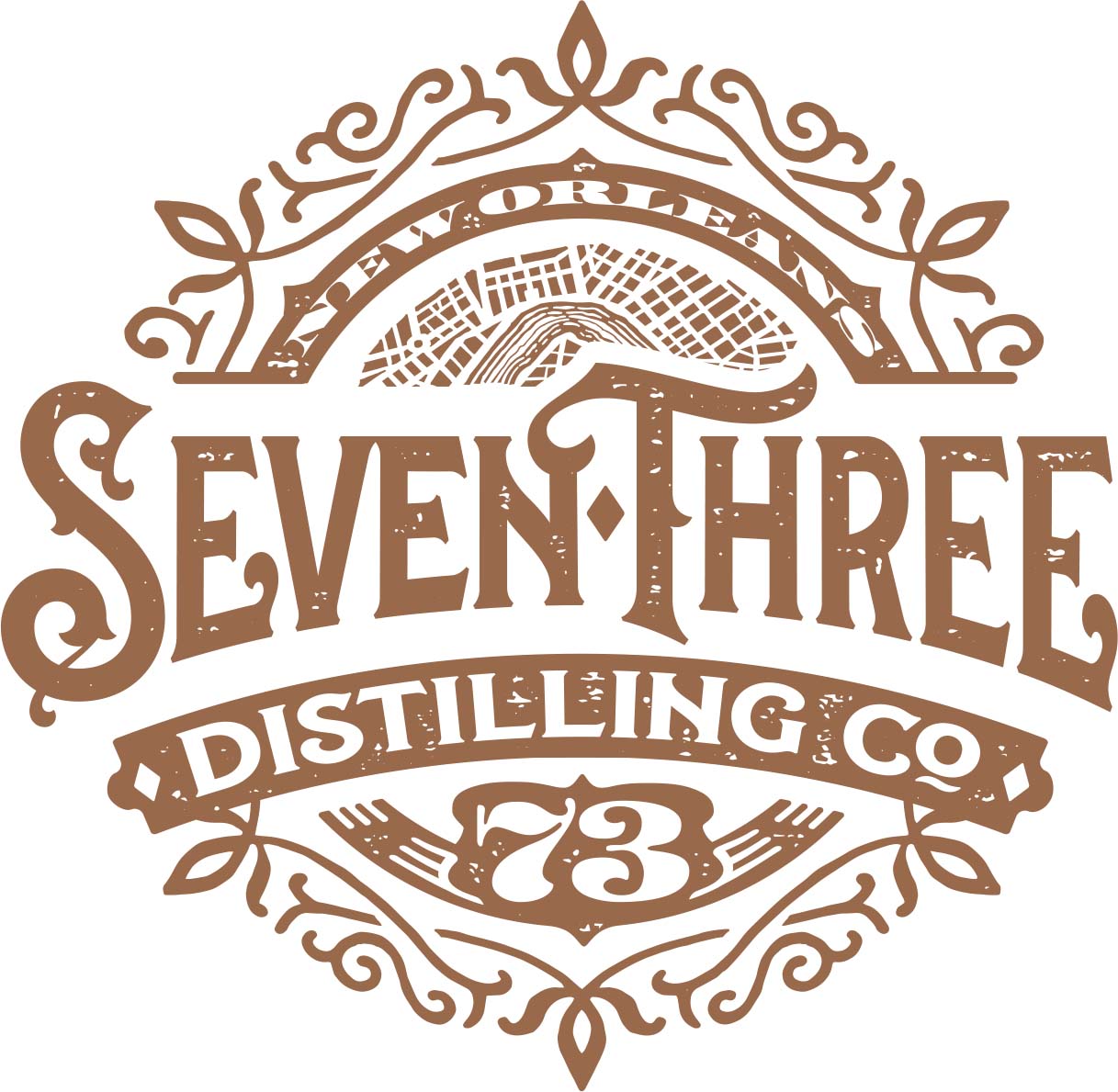 Resilience, passion, mardi gras, crawfish, beer, music, and the people: there’s a lot to love in New Orleans, and the ONE thing that brings people together more than the food is a mutual love of cocktails. In celebration of this – and everything else in the city’s vibrant, three-hundred year history – we are chatting with Eileen Bivalacqua & Mary Anna Rogers, co-owners of Seven Three Distilling.

Eileen is the distiller’s resident “Boss Lady,” making sure that everything is organized and that things get done. She is their brand ambassador of sorts in New Orleans and beyond, spreading the word about these delicious local spirits. Mary Anna, on the other hand, draws on her extensive history in the hospitality industry to oversee the team and create a world-class experience for Seven Three visitors.

“We owned a building, and we had a vision that it would be a great place for a distillery – Not only a distillery, but a touring facility to tell an amazing story about New Orleans.” –Mary Anna Rogers Click To Tweet

Eileen leapt headlong into launching Seven Three with her husband, Sal, and their friends Jeff and Mary Anna Rogers in 2015. As the distillery’s official “Boss Lady,” she applies her formidable skill at managing people, organizing operations, and getting things done. She’s also Seven Three’s “boots on the ground,” main point of contact, and brand ambassador in New Orleans and beyond — duties that have allowed her to meet interesting and unique people across the spirits industry, as well as dive even deeper into the amazing New Orleans community.

The child of parents who immigrated from the Azores Islands, Eileen piloted an ancient Honda from New Hampshire to New Orleans in 1999 and never looked back. After earning an MFA degree in arts administration from UNO, she worked from 2004-2011 as an artists’ rep and gallery manager, then switched gears and took a job at then-boyfriend, now-husband Sal’s law firm, where she still puts in a little time these days. The local live music scene is a strong #1 on Eileen’s “What I Love About New Orleans” list, and when it’s time to wet her whistle, she, like Sal, reaches for a refreshing Gentilly Gin on the rocks with a dash of citrus bitters, an olive, and a twist.

Mary Anna co-founded Seven Three with her husband, Jeff, and their friends Sal and Eileen Bivalacqua. Inspired by a distillery visit during a family vacation, she returned home to New Orleans determined to create local spirits — a natural extension of her deep experience in the hospitality business as co-owner of Pelican New Orleans and its brands, Cajun Encounters, New Orleans Legendary Walking Tours, and Audubon Limousine. Today, Mary Anna helps oversee the team and create a world-class distillery and tourism experience for Seven Three visitors.

She’s a near-New Orleans native, having grown up in Ocean Springs, Mississippi, and settled in nearby Slidell, Louisiana, after college. Mary Anna’s grandmother lived near City Park, which meant plenty of visits and Mardi Gras memories. Now officially a local, she enjoys life away from Seven Three and Pelican New Orleans by spending family time with Jeff and their three kids, shopping, and traveling — yet no matter how far and wide she journeys, she still hasn’t found food that compares to her fair city’s incredible offerings. And when it’s time to wind down, she’s particularly partial to a fresh St. Roch Vodka and soda. Extra lime, please.
Just Forking Around is produced by Podcast Masters