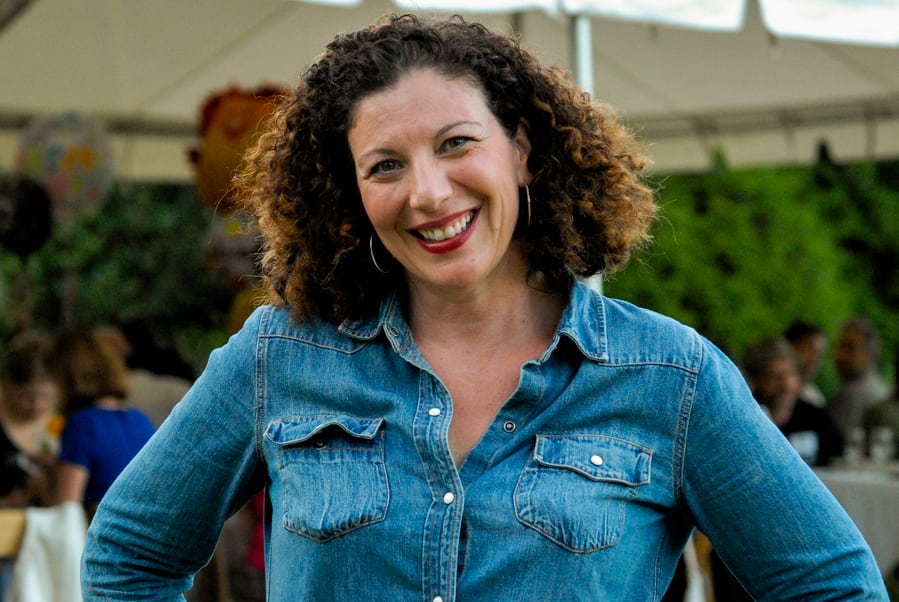 Audra Mulkern is an author, photographer, and farm-to-table documentarian. She is the Executive Producer and host of the in-development documentary film Women’s Work: the untold story of America’s female farmers, and Founder of The Female Farmer Project, a multi-platform documentary project that chronicles the rise of women working in agriculture around the world.

Today we toast to the invisible people in the food system: the farmers, the farm workers, the truckers, the people behind the scenes in restaurants, and the women throughout history – a passion for today’s forking awesome guest.

“I realized that behind  every single farm table was a woman. Why had I noticed it? Why did I think women farming was different? … The more I dug, the more I came up empty: women just weren’t in the visual narrative, what I call the Agricultural Canon.” –Audra Mulkern

“You can look back through history and, over and over, it’s men at the forefront [of the Agricultural Canon], even though we know that women were the first farmers.” –Audra Mulkern

Audra Mulkern wants to change the way you look at farming and the food on your plate. As a photographer and writer she has sought to shine a spotlight on the hard-working people who are growing a food system that is sustainable and equitable for all.

Audra is the founder of The Female Farmer Project™ – a multi-platform documentary project that chronicles the rise of women working in agriculture around the world.  From in-depth stories, personal essays, photographic portraits, a podcast, and in-development documentary film — the project gives a powerful voice to the fastest growing demographic in agriculture– The Female Farmer.

The Female Farmer Project™ has garnered international recognition and acclaim. It has exhibited around the world, most recently at the United Nations in New York, Maison Rouge Gallery in Paris and the USDA in Washington DC. The project has been featured in digital and print globally.