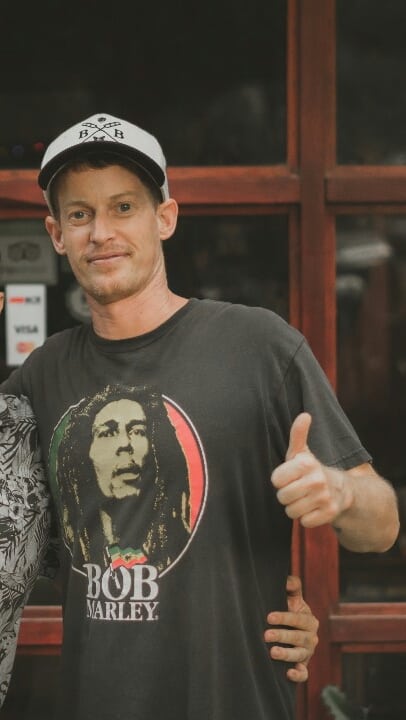 I had quite the adventure with Ryan Bickle, the owner and master brewer of Butterfly Brewing Company, a “hill-top jungle-brewery-butterfly-garden by the sea.”

The garden and nanobrewery are located in Montezuma, Costa Rica, on the southern tip of the peninsula. The beers are just forking delicious, but if that isn’t enough, you can enjoy them while taking in the view of countless neotropical butterflies. And if you want to see the place, you can check out the videos I took on Facebook: facebook.com/debi.saltzberg!

“We just want to make better beer at an affordable price. It has nothing to do with wanting to be a millionaire or having a Mercedes Benz on these dirt roads… you want to be successful though, and you want to have fun!” –Ryan Bickle

Ryan Bickle was born on the 6th of March, 1981. He grew up in Pullman, WA,  a small college town in South Eastern part of Washington State, surrounded by rolling hills of wheat and barley.

At the age of nineteen, he moved to Portland, OR and quickly became a craft beer fanatic and IPA lover.

A passionate traveler and constant dreamer, Ryan traveled all around central America from 2000 to 2004 and fell in love with Costa Rica. He later convinced his family to invest in Costa Rica and eventually bought his property in 2005.

In 2012, Ryan officially started Butterfly Brewing Co., where they now make 8 different craft beers and 4 different craft sodas. In 2015, Ryan teamed up with a couple from Costa Rica/Oregon and started Cocina Clandestina, where you can find all of his beers and sodas on tap.