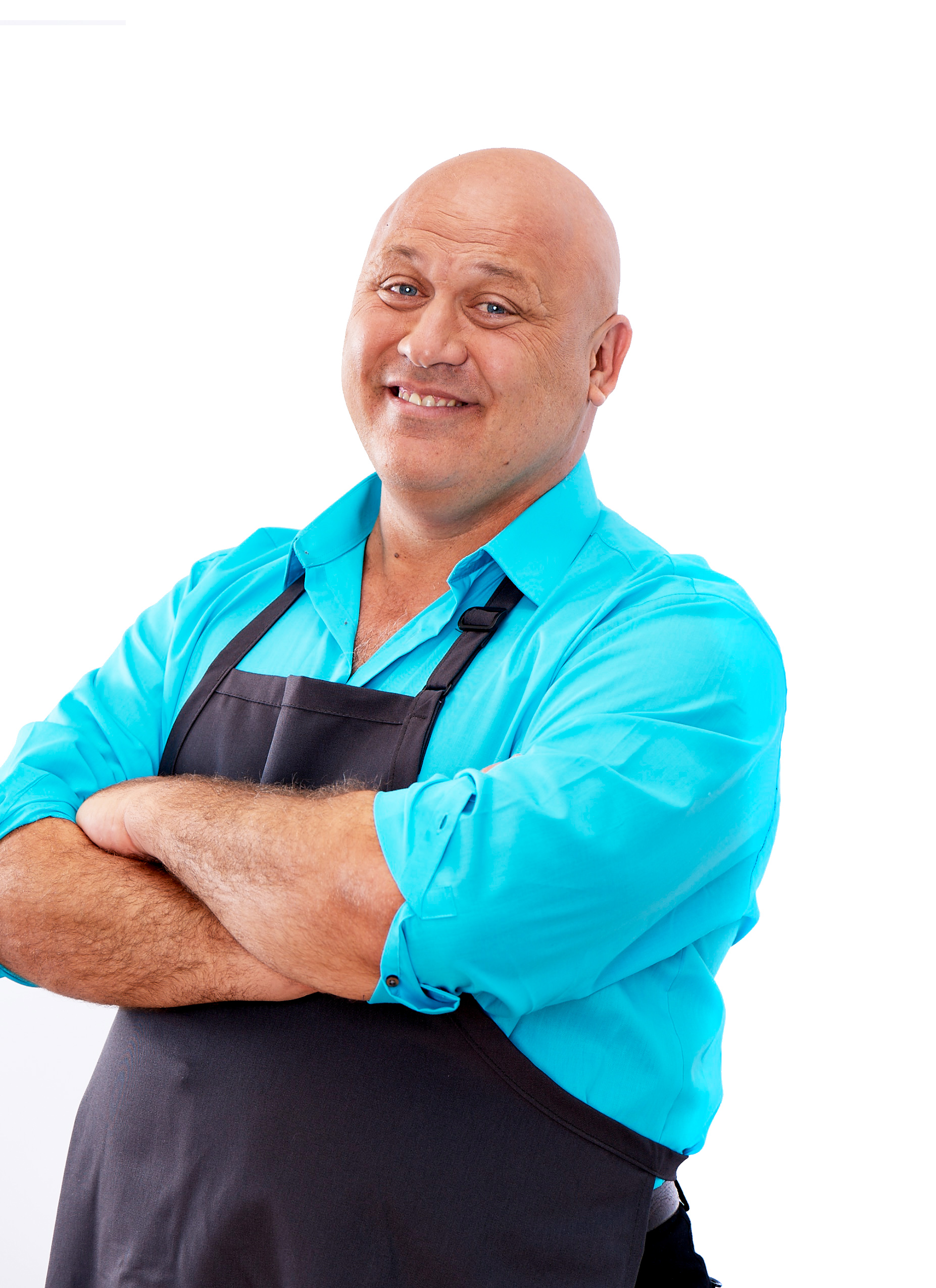 For over 15 years, Chef Gino Campagna has made it his personal mission to raise kids’ food IQs and help fight childhood obesity, and he has a forking awesome philosophy that helps him tackle this much-needed task: if kids are involved in their food choices and preparations – and having fun! – they’ll be more motivated to try new and nutritious foods.

Chef Campagna has created, gotten involved with, or been featured on things like Disney Channel’s Gino’s Kitchen, Italy’s top-rated morning cooking show la Prova del Cuoco, Kitchendaily.com’s Kitchen Kids, NBC’s Garden Party, and Jamie Oliver’s Food Revolution. Chef Campagna also released a cookbook, Chef Gino’s Taste Test Challenge: 100+ Winning Recipes That Any Kid Can Cook – because ANY kid can cook! But this isn’t just for kids; the food is forking delicious and any adult is lucky to have the opportunity to cook and eat them.

“A toast to raising the Food IQ of American Families!” –Gino Campagna

Just before this episode, Chef Campagna returned from a huge event in Italy called Rural.IT – and let me tell you, this event is nothing less than spectacular. The farmers and ranchers of Emilia-Romagna, Liguria, and Tuscany are committed to recovering and protecting ancient plant varieties that have been abandoned for decades and are close to extinction.

Supporters of this event help farmers grow crops that may not be economically viable to preserve the agriculture diversity and heritage of the area, then they get together to cook and sell their harvest to recoup that initial investment. This is such an important area of historical archiving that few people ever think of when they’re eating their meals, but that’s not all – it also prevents biodiversity loss, which is critical and equally overlooked! Although all the different species of tomato may not seem important to us, each species has an important role to play in environmental sustainability.

Directions: Combine 100g of flour for every egg (or, to simplify, one cup of flour, one egg, and one yolk)

There are several reasons why chef Gino Campagna is the authority when it comes to the issue of food and children.

Born in Italy, Gino is a native of Parma, in a region that Forbes magazine describes as “Italy’s Greatest Gastronomic Treasure.” Parma is where the famous cheese, Parmigiano-Reggiano, is made, and ditto for everyone’s favorite deluxe ham, Prosciutto di Parma. It is also home to two of Europe’s largest food producers, agri-giant Parmalat and Barilla, the pasta and sauce king.

Every two years CIBUS, the largest food convention in Europe takes place in this wonderful city and Parma is the official capital of food in the European market.

Growing up in Parma, Gino’s food IQ was raised by the finest ingredients and refined by the rich local culinary traditions.

Chef Gino’s mom was not only a wonderful home cook who taught Gino the basics of Italian cooking but she was also the chef at the nursery school Gino attended as a child and where he also worked after he received his teaching degree for early education at the Istituto Magistrale San Vitale in Parma.

Cooking for an Italian school is like cooking for the finest restaurant, as Italians pride themselves in making sure that their children receive ONLY the best when it comes to food. It’s easy to see why fighting for better cafeteria food in the USA, thanks to Gino’s mom, is in his DNA.

As he was working as an educator in Italy for more than 10 years, Gino still found time to work in local Cafes and became the to-go guy for dinner parties when he moved for 2 years to London while working for the International Coffee organization.

In the mid-nineties, as Gino arrived in Los Angeles, a city he now calls home, he immediately noticed that American children lacked the sophistication of their Italian counterparts when it came to food. At that time, Americans seemed content to feed kids a steady diet of hamburgers, chicken nuggets, pizza and grilled cheese sandwiches.

Gino started teaching cooking classes for children at Creative Space Hollywood and Storyopolis in Beverly Hills. Both places were very popular in the entertainment community, so it’s no surprise that when Gino produced a pilot for a cooking show for children it immediately was picked up by the Disney Channel. Gino’s Kitchen, a series of interstitials aimed at teaching kids a creative and engaging attitude towards food (an attitude that is Chef Gino’s trademark style) aired on Disney channel for a year and became a revolutionary show way ahead of its time.

In a time where celebrity chefs, stay-at-home parents, failed caterers all jumped on the bandwagon of kids and food, Chef Gino is proud of being first and foremost a teacher with a long successful career in early education.

The opposite of a Laboratory-based method, Chef Gino’s method is based on the creation of enthusiasm and engagements as Chef Gino knows very well the lessons kids learn best are the ones taught through fun and play.