#089 – Charles Duque: The Five French Cheeses You Must Try Before You Die 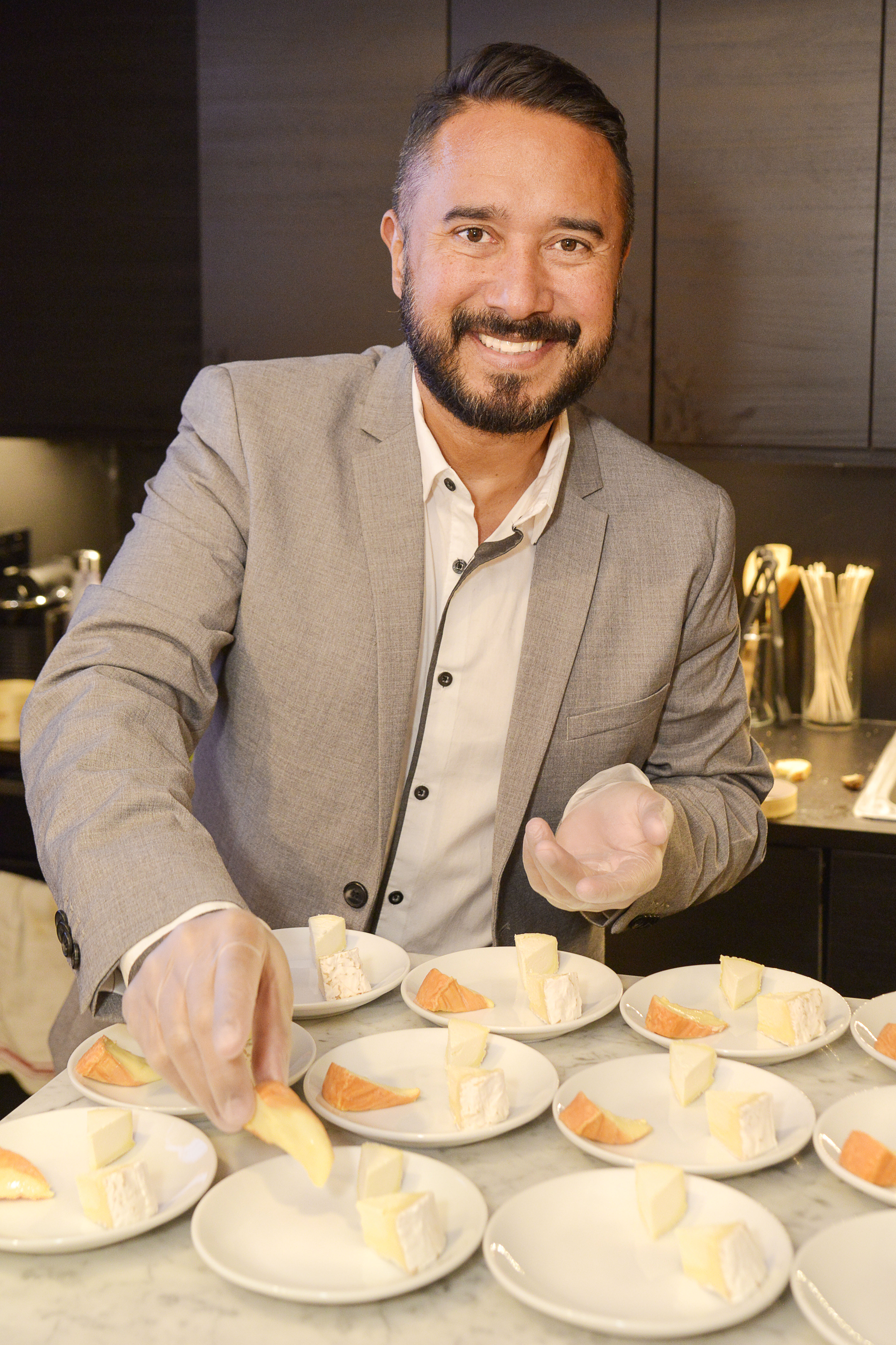 Did you know that there are over 1,300 different varieties of cheese – just in France? I’m not forking with you! Joining the show to teach us more about these delicious dairy delicacies is Charles Duque, Managing Director of the Americas for the CNIEL (Centre national interprofessionnel de l’économie laitière), AKA the French Dairy Board. Charles also oversees the French Cheese Board, a NYC location for all things fromage.

“We’re all overwhelmed these days going into a cheese shop… but we all know what we like! If you like hard cheeses, you like soft cheeses, you like strong flavored cheese, you like mild ones – whatever your tastes are, talk to the cheesemonger.” –Charles Duque

So what are these five styles of French cheese you must try before you die? From mildest to strongest: triple-crème, camembert, bloomy rind, comté, and mimolette. I can’t even tell you which one was my favorite because, after every bite, I thought, “Well, this is my favorite.” So you really can’t go wrong!

Charles Duque is currently Managing Director, Americas for CNIEL based in New York, NY.  He also oversees the French Cheese Board, a retail and event space for promoting French cheeses in New York City.

For over two years, Charles’ main objective is to serve as the point of contact for the French cheese companies in the American continent and inform them of actions to promote their products as well as working with implementing agencies executing information provision and promotion measures in the USA and Brazil.

Previously, Charles worked for Savencia Fromage & Dairy, which is among the world’s leading milk processors, the No. 2 cheese group in France and the No. 5 worldwide, where he implemented a retail concept with US based supermarket chains to support quality cheeses.

Charles’ previous experiences took him to San Francisco to open the US subsidiary of Richart Chocolates and as the Director of the AgroTech sector of BusinessFrance: The French Trade Office helped over 300 French companies enter the U.S. market to do business.

Charles is a member of The Order of Agricultural Merit; an order bestowed by the French Republic for outstanding contribution to agriculture and an inductee in the International Cheese Guild.  Charles is fluent in four languages especially in cheese!