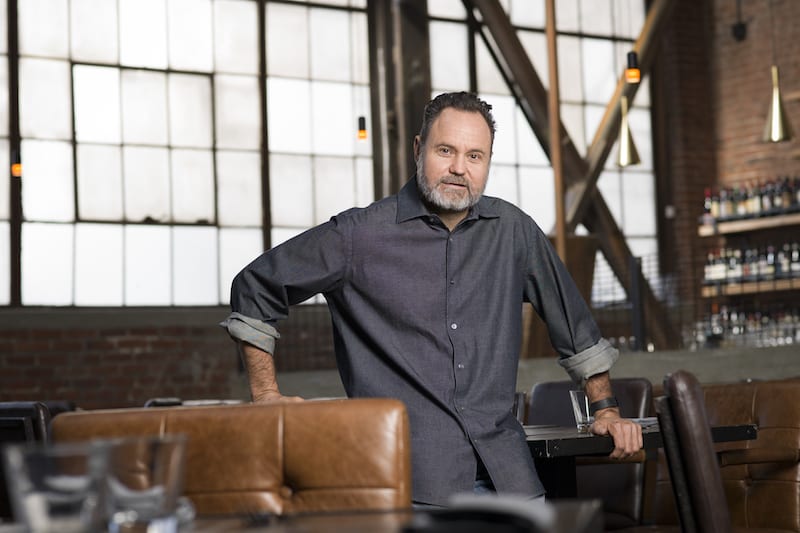 People may not understand or even stop to consider the depth or complexity that goes into designing and building restaurant spaces, but today we’re going to learn a LOT more about this often-overlooked aspect of the hospitality industry.

“What we’re trying to do is really create something that’s unique for the client, and it comes out of the process of working with them to solve their design problems.” –Christopher Mercier

(fer) stands for Form, Environment, and Research: the core principles of the firm’s design philosophy. Firmly rooted in contemporary modernism, (fer) studio is dedicated to the idea that Form helps to shape the world, and can have a profound ability to positively impact contemporary experience. Through intensive research and the study of the site and environmental conditions, along with extensive client input, each project is born appropriate and unique.

“We’re not interested in someone who just wants to hire us and call them when we’re done; this is an all-in deal. You come in, you hang out in the studio, you design with us, and you work on the models with us.” –Christopher Mercier

Architect Christopher Mercier, AIA, left Frank Gehry’s Gehry Design Group in 2002 to establish his own architecture practice to create (fer) studio: Form, Environment Research. Their goal: to design contemporary spaces for creative clients, and to re-imagine and re-purpose existing structures, preserving their history and character while adapting them to modern use.

In projects large and small, (fer) studio has designed upscale homes, hotel and hospitality projects, academic and industrial buildings; they even have plans for a large-scale community development called Cedros Market, near San Diego.

Based in Inglewood, California, (fer) studio is at the epicenter of a new wave of urban renewal and restoration. The architecture firm is part of a surge of urban explorers (and intrepid investors) including many writers, artists, designers and entrepreneurs who have discovered the city in their search for affordable live/work spaces and brick-and-mortar retail storefronts.

Mercier wants (fer) studio to be an active and vital part of the community’s transformation. “We want to be part of the re-development of Inglewood,” he says. (fer) studio has consulted with the Mayor of Inglewood and other city officials. “Part of the problem has been that it has no sense of place, no sense of identity,” Mercier explains. “We want to take this place, which has a lot of potential- -good scale and walkability, and bring in a transit hub. If people live, work and shop in a community, it is healthy.”

(fer) studio is staffed by 14 architects, and divides its talents between residential, commercial and hospitality projects.  (fer) studio has designed iconic restaurants such as Father’s Office (Culver City), Connie & Ted’s (West Hollywood) and Officine Brera, an Italian restaurant in downtown Los Angeles’ arts district. Officine Brera is housed in a 1920s industrial building that once was home to the Gas Company. “Officine Brera is a mixture of adaptive reuse set against the influx of a new contemporary geometry that fuses together,” says Mercier. (fer) studio has also designed the newly opened sixth+mill pizzeria and bar in downtown Los Angeles.

“It varies from year to year, but our practice usually breaks down to 20 to 30 percent residential, 20 to 30 percent hospitality, and the rest creative office spaces,“ says Mercier. Some of the “creative office spaces” they have designed include a new lobby and reception area for noted business woman Sunnie Kim’s Hana Financial in downtown Los Angeles, and Smashbox Studios in Culver City.

Other recent or currently developing projects include The Hayden, a 30,000 square foot creative office adaptive reuse project in Culver City in the Hayden Tract.

(fer) studio strives to combine environmental sensitivity and trend-setting vision in every project, no matter how large or small and develop a dialogue between interior and exterior space that morphs through the façade.”